You are here: Home / News / exams / Should Laptops and iPads be Used for Exams?

Should Laptops and iPads be Used for Exams?

Typically, exams come under two categories; written and practical. Practical exams can vary depending on the subject, but written exams are fairly straightforward. In written exams, you get a paper, a pen, and occasionally you might get a calculator or a text book. But, what if I was to tell you that instead of having all these things in your exam, all you needed was a laptop or tablet. This probably doesn’t sound realistic, however, the world renowned, Cambridge University have recently piloted exams based on typing rather than handwriting.

It may seem a bold move by Cambridge but just think about how technology has changed our lifestyles. Hearing about how teenagers are always on their phones and laptops can get tiresome, but we don’t write by hand as much as we used to. This is especially true once you start working. Taking all that into account, this may not be such a bold move by Cambridge but instead they are simply adjusting to the times. Cambridge argues that technology has deteriorated the art of handwriting. They go further to claim that handwriting issues amongst their students is so bad that it is costing them marks due to it be illegibility. Based on that, it is reasonable to some to respond in the way that they have, however, the proposed method they have chosen still raises many questions.

Questions in regards to the procedures involved in digitising exams need to be addressed. For example, who will supply the laptops? If students can use their own laptops, how will the university determine what’s on the laptop. Surely, using laptops and tablets make it easier to cheat during exams. Another question is in regards to auto-correct. The majority of our laptops and tablets have a spell checker system whereby it can correct misspelled words, should we allow such a system in exams? Some would argue that we are over accommodating students. Commenting on the Cambridge news, one parent sarcastically said ‘Next up: why students with a lower typing speed should be given more time to complete their exams.’ Whether we should persevere with written exams or move on to digital is debatble and one that wont be immediate, however, it is something that should be considered.

The education system is an old institution that’s usually slower than the rest of society to respond to changes. However, Cambridge University being as influential as it is, may be able to set a trend towards digitising exams. If the tests being conducted by Cambridge prove to be a success, it’s interesting to see what impact it will have not just in the UK but worldwide. Cambridge is an influential institution, so they could be setting a blueprint for the future. 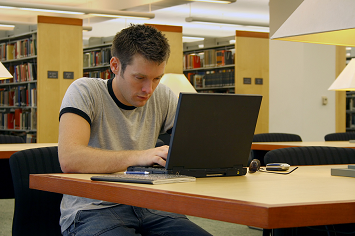 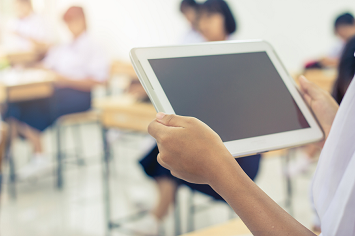 Entrepreneurship: Where to Get Started?

The Future Tech in the Travel Industry
Scroll to top